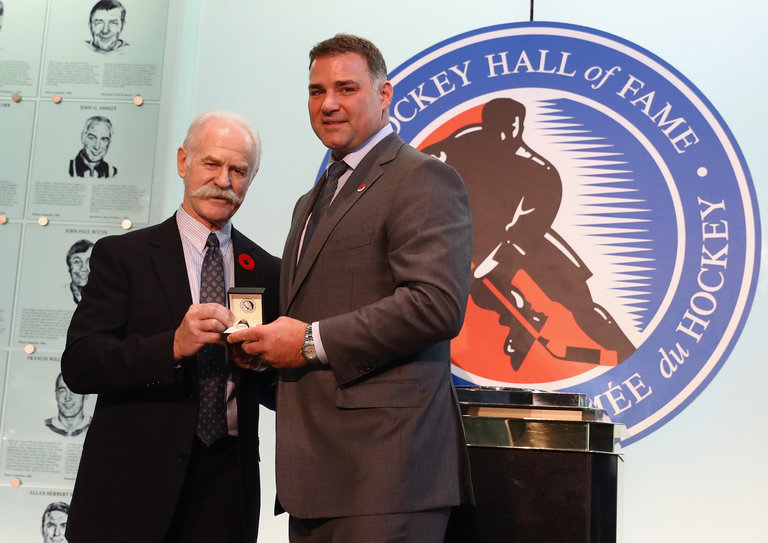 Philadelphia as a whole has not had much success in terms of championships for our sports teams; 2 for the Sixers, 2 for the Flyers, 2 for the Phillies and 0 for the Eagles (ugh). Philadelphia also hasn’t had much success finding superstar players (they probably go hand and hand as to why they haven’t had much success). This is something I have been thinking about for a little while now. With the recent inductions of Allen Iverson and Eric Lindros, it made me think of who has the best chance to be the next player to get in the Hall of Fame. Listed below is my pick for each team, for the player who I feel has the best chance to get in.

This was a somewhat difficult pick to make. When I sat back and took a look at Rollins’ numbers, he has a very strong case for the Hall of Fame. He has better numbers than Ryan Howard and Chase Utley and some of the other greats from those Phillies teams. Roy Halladay has Hall of Fame numbers, but he spent most of his career with the Blue Jays, so I excluded him from the discussion. Also, Curt Schilling has Hall of Fame numbers, but he is crazy now, so I’m not going to talk about him. Rollins hasn’t officially retired, but his career is over. His career stats are: .264/.324/.418 slash line with 2455 hits, 231 home runs, 470 stolen bases, 511 doubles, 115 triples, 1421 runs, 4 gold gloves, an MVP award and a World Series ring. He is also the career hits leader for the Phillies franchise. Those numbers make a solid case for him to get in. He is the only shortstop in MLB history to have 400 stolen bases and 200 home runs. Rollins is also one of only four shortstops to get 2,000 hits and 200 home runs. The other three: Cal Ripken Jr, Derek Jeter, and Miguel Tejada. And Rollins’ speed and glove work was far superior to Tejada’s and Tejada also had PED issues. That is a pretty good class to be in. You won’t find a single shortstop in the history of baseball that has an MVP trophy, 4 gold gloves, more than 2,200 hits, more than 200 homers and has more than 800 extra base hits. He also has the longest hit streak of the last quarter century (38 games). He is also one of only 4 players ever to have a 20 homer, 20 steal, 20 double, 20 triple season. He stayed healthy enough to play at least 140 games at shortstop in 11 different seasons. He has also started an All-Star game and has led the league in runs, steals and triples. No other shortstop has done all that. The only real numbers that hurt his case are his career batting average of only .264 and his career WAR is only 46.0. I think all those numbers give him the best chance to be the next Phillie to make the Hall of Fame.

The entire city of Philadelphia would celebrate with him. He is absolutely beloved in this town. Weapon X!! It is really a three player field to choose from; Dawkins, Donovan McNabb and Jason Peters. I’m giving the slight edge to Dawkins. However, I believe that Peters has a very strong case to make it, and so does McNabb. Terrell Owens should also already be in the Hall of Fame. The fact that he isn’t is an absolute joke. I’m excluding him from this list because he only played one year here. It ultimately comes down to the fact that Dawkins was arguably the best safety of his generation. He didn’t get the same publicity as Ed Reed or Troy Polamalu or Rodney Harrison or even new 49ers GM John Lynch, but he was better than all four of those guys. His stats across the board are better than Polamalu’s and Lynch’s. Ed Reed got a lot of interceptions, but also didn’t do the other things that Dawkins did and Harrison wasn’t the turnover machine like Dawkins was. The four of them have Super Bowl rings, but that shouldn’t be the reason those guys are considered better. The reason I mention those four names is because they are eligible for the Hall of Fame and Dawkins will be compared to them. Dawkins fell short last year on his first year of eligibility. He will try for it again this year. And hopefully, the Hall of Fame voters look at this argument I’m about to make for him. The biggest reason is this: He is the only player in NFL history that has 25+ sacks, 25+ interceptions and 25+ forced fumbles. He is also the only player in NFL history to record a sack, interception, fumble recovery and touchdown catch in the same game against the Texans in 2002. That right there shows you how great he really was. He finished his career with 1131 tackles, 26 sacks, 37 interceptions, 37 forced fumbles, and 16 fumble recoveries. He was also named to the Pro Bowl 9 times. Harrison had a couple more tackles and a few more sacks (1198 and 30) but wasn’t even close in forced fumbles and was behind in interceptions. Polamalu wasn’t even close in any of those categories, neither was Lynch. Ed Reed had way more interceptions than all of them, but other than that he was behind all of them in the rest of those categories. Safeties have historically struggled to gain entrance into the Hall of Fame, but with those numbers he should get in and he should get in before any of the other safeties of his era. Frankly, he changed the game.

I know Joe will love this pick. Brind’Amour is his favorite hockey player. He is now more of a fan of the Hurricanes then the Flyers because of him (Yes, I know he’s a fraud). This was a tough call though. Chris Pronger and Jeremy Roenick are two guys that have Hall of Fame numbers that played for the Flyers. However, they spent most of their careers with other teams. Current GM Ron Hextall is another guy that did spend the majority of his career in Philly that also has a case. However, I’m going to stick with Rod Brind’Amour as the choice. He spent 8 and a half seasons with the Flyers and was on the team during their run to the 1997 Stanley Cup finals. His career stats are: 452 goals, 732 assists, and 1184 points in 1484 career games. He also played in 484 straight games with the Flyers, which is still a franchise record. He also won a Stanley Cup (unfortunately, that was with the Carolina Hurricanes), and two Selke Awards as the top defensive forward in the league. He was always overshadowed by the Lindros’s of the world, but you couldn’t get much more consistent than Brind’Amour. His 1184 career points put him 48th all-time in NHL history. That puts him ahead of guys like Bobby Hull and Sergei Federov. I’m actually surprised he isn’t in the Hall of Fame yet. I would expect to hear his name called in the not so distant future.

This was by far the hardest team to pick someone. But, there literally isn’t anyone since Iverson, to play for the Sixers that deserve to get into the Hall of Fame. The current players on the team have barely stepped on the court in a regular season game. After Iverson left the Sixers were void of any superstar level talent. The Andre Iguodala’s, Thaddeus Young’s, and Jrue Holiday’s of the world are nice players, but not even close to Hall of Fame worthy. So, I had to reach way back to the last Championship days to find someone who I could make a case for. The fact that Cheeks isn’t in yet doesn’t bode well for him actually getting into the Hall of Fame though. Cheeks is 13th all-time in assists, a 4 time all-star, 5 time all-defensive team selection, 5th all-time in steals, and won an NBA Championship in 1983 with the Sixers. Legendary sportswriter Bob Ryan recently said that: “The Hall of Fame is incomplete and will remain incomplete because they have not seen it fit to nominate the perfect point guard, the best man not in the Hall of Fame is Maurice Cheeks.” I think it’s going to be awhile before we see another 76ers player get enshrined into the Hall of Fame.

Edit by Joe: “Mike Wright is a very intelligent, young man. I completely agree with his pick for the next Flyers/Hurricanes/Blues player to be inducted into the NHL Hall of Fame. WHEN Brind’Amour gets inducted, believe me you will find me sitting up in Toronto, crying like a little fan girl.” – Direct quote from Joe.

One thought on “Who will be the next Philadelphia athlete to make the Hall of Fame?”