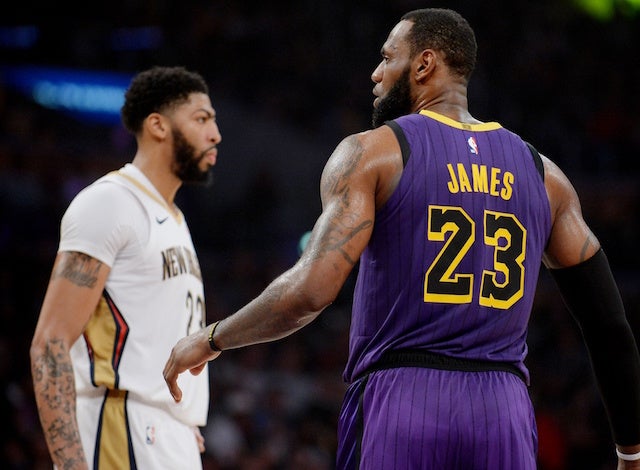 WOW…just WOW.  Okay, so unless you live under a rock, by now you have heard about the MASSIVE trade that just rocked the NBA landscape.  The Los Angeles Lakers have finally gotten King Lebron, the exact piece he had been asking for all season long: Anthony Davis.  Yes, you’ve reads us right – Anthony Davis is a member of the Los Angeles Lakers. AND – it didn’t take Kyle Kuzma to make it happen. 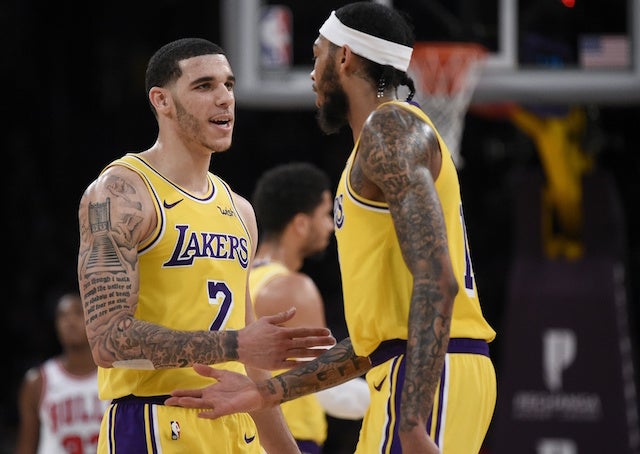 Have we said ‘WOW’ yet?  King’s ransom! Lebron James gets the star counterpart he so desperately needed last season and gets to continue to groom up-and-coming Forward Kyle Kuzma.  Numerous reports are already starting to point to Kemba Walker as being the last component to Lebron’s “Big-Three” and someone the team will make a big push for during free agency.  The Lakers appear to be back – for now… Let’s take a quick look at what their starting rotation would be currently, prior to free agency:

Yeah – the Lakers will DEFINITELY need to do something about that backcourt – with Rondo and Caldwell-Pope as free agents, and Hart, Ingram and Ball gone in the deal.  Alex Caruso – in my opinion – could be a stud in the NBA, as he is sneaky fast, has great handles on the ball and manages the game very well for a guy with limited NBA experience.  However, I would take Kemba Walker all day as the ball-handler in my backcourt. As a 48% 3-Pt shooter last year, Caruso could easily move into the #2 spot and would be a cheap option for the team if Walker is a key target. 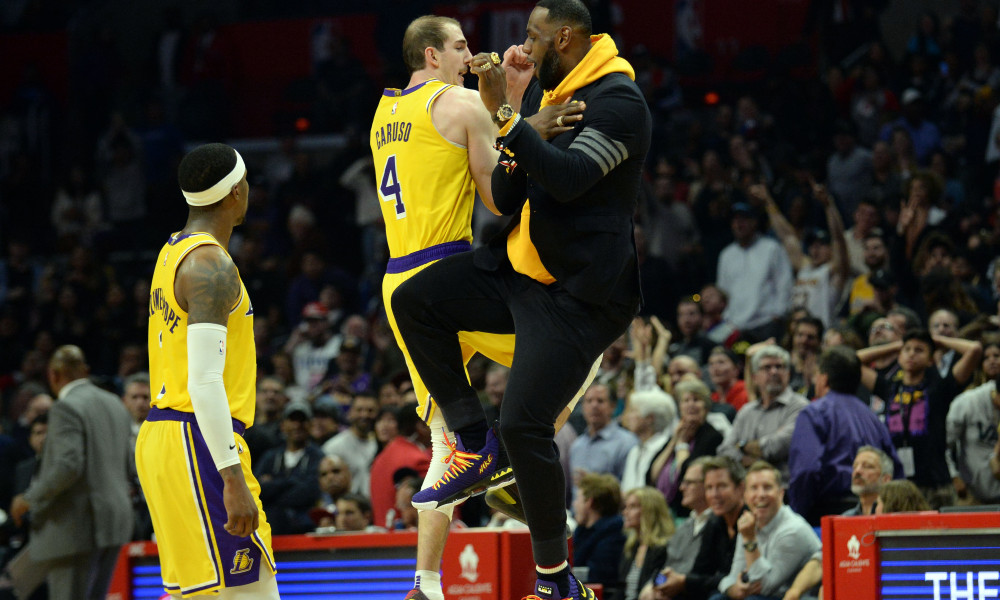 So, what do the guys have to say?

Joe:  Well, I am writing this, so you already know most of my thoughts!  Kemba would be a HUGE upgrade over what is currently available on the roster for guard play.  I am still high on Caruso – anyone who saw his play at the end of last season can agree. I could see them bringing back Rondo for another season – if Rondo still wants to play.  The trade gives the Lakers one of the best 3-4-5 combos in the league, but the backcourt still really makes me nervous if they can’t acquire one of those big FA targets. Also, Davis’s injury history does concern me – especially looking at all of the players given up in the deal.  In general though, I don’t think anyone can argue that a Lebron/Davis tandem with Kuzma under their wings could be one of the best in the NBA.

Mizis: My question is why would you keep AD in the West?? I guess you can’t refuse the package the Lakers gave for the All-Star. One player won’t fix the Lakers problems though; you have a new coach and now have a core set with Lebron, AD, and, Kuzma. With AD arriving that should give the Lakers the advantage in free agency to replace the players they lost and to build their bench. To compete in the NBA you need a strong five and have quality players to come off the bench and produce. With the Warriors losing KD and Klay to injuries and possibly to free agency, could the Lakers find themselves atop the West? Teams like the Blazers, Rockets, Denver, Thunder all have their main superstar but don’t have the support around them to get the job done. With the core the Lakers have and the upcoming free agency period, we just might see the Lakers back on top in the West.

Johnny: Well, while many think this is a win for the Lakers, I still am left undecided by it and actually kind of shocked by this move. The value for AD has always been there; we all know that because Anthony Davis is one of the most elite players in the NBA today. My only confusion about this trade is did the Lakers give up too much? Anthony Davis is entering the final year of his contract (with an additional year under player option) so one must ask themselves: are the Lakers on his radar to sign a max deal next offseason; or is this gonna turn into a one-year rental process. If I am the Lakers I try to get a contract hammered out ASAP so you don’t have to worry about going into next offseason. If not to give up on three role players and most importantly three yes count em three future first round picks is flat out INSANE. I understand LeBron is a special talent and has always been… but has his time come or does adding a piece like AD make King James have a resurgence and make it back to the NBA Finals a few more times before he hangs them up for good. In my opinion it is way too early to make a decision on this trade. Sure it looks good on paper but everything looks good on paper. It is how you show up on the court night in and night out that will tell how this trade plays out. I still think the Lakers need help especially since you just traded three key role players. Yes they got rid of the headache in LaVar Ball and his son Lonzo, but was giving up on Ingram and Josh Hart really the right move for this franchise. All I can say is: only time will tell… 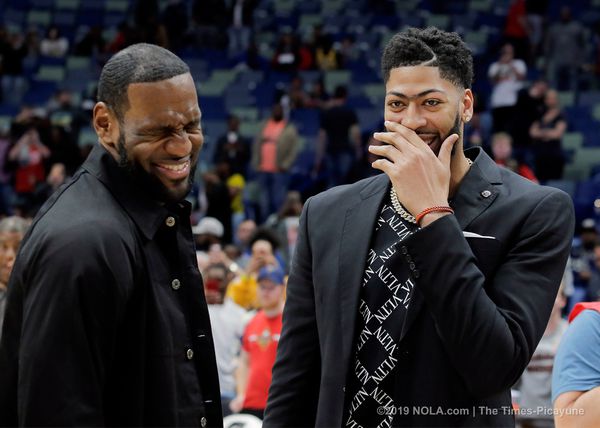 (Image above credit: Nola.com – The Times-Picayune)