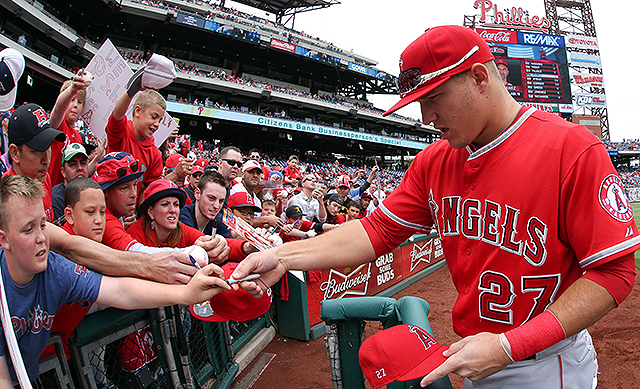 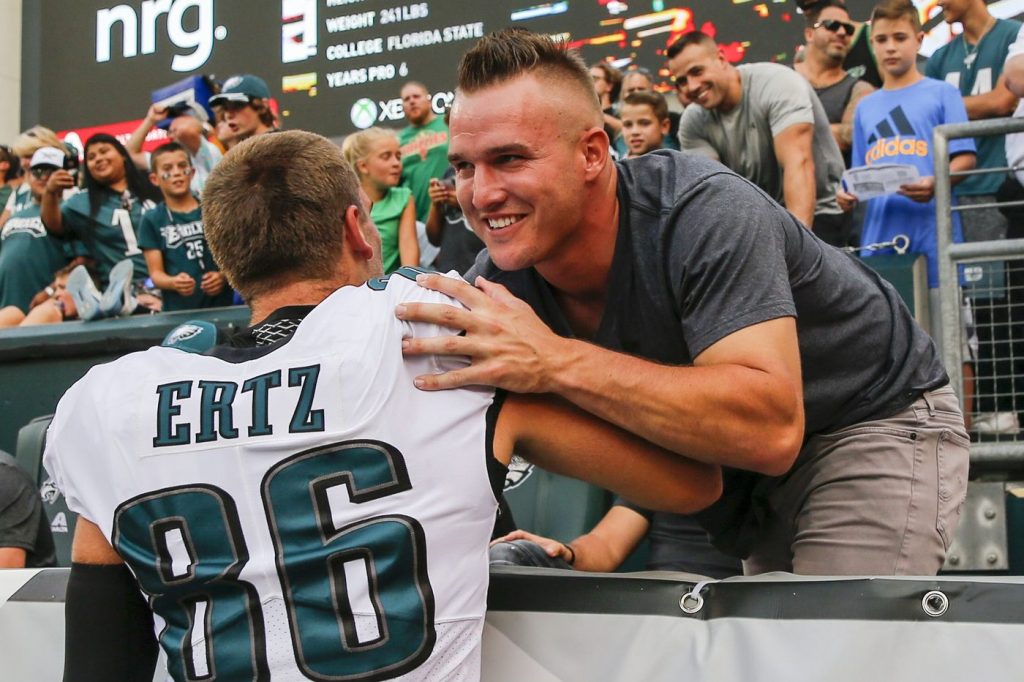 Free Agency is upon us!  We’ve seen a few monster deals go down – Corbin signing with the Nationals, Goldschmidt to the Cardinals, Segura to the Phillies.  However the two most intriguing players are still available: Machado and Bryce Harper. As a fan of the Phillies, I would love to see either of these guys (or both) dressing up in the red pinstripes.  However, I still think we should be directing our attention to a 27-yr-old, Vineland, NJ native standing in Center Field out in Los Angeles. That same 27-yr-old who has season tickets to our beloved Eagles’ home games, is in love with Carson Wentz and the philly faithful, and has stated numerous times he would love an opportunity to play at “home.”  Yes – you guessed it: Mike Trout.

Okay, okay, so my friends have been giving me a boatload of shit for this lately, but I truly don’t think it is as unrealistic as one would think.  After thinking of it, I’ve decided to create a step-by-step for the Phillies organization (Thank me later Klentak…) on how they can acquire THE guy.  It makes sense for us, makes sense for the Angels, and obviously makes sense for Trout – he would be all about coming home. I am sure a few of you will scoff at the ‘makes sense for the Angels’ point – but just read through the argument, and then let me know what you think!

The Blueprint for Mike Trout to the Phillies:

Trout, arguably THE best player in the game right now, is currently towards the end of a 6 year, $144.5 million dollar contract extension he signed back in 2014.  That means, he could potentially walk as a free agent at the end of 2020. With two seasons remaining on that deal, a roster full of expiring veterans (Pujols, Cozart…), a clusterf*k in the bullpen, Ohtani coming back from off-season Tommy John surgery, a GLARING need at Catcher – now would be the time to consider upgrading the team for 2020 and beyond.  And what better team to discuss with then our hometown Phillies. 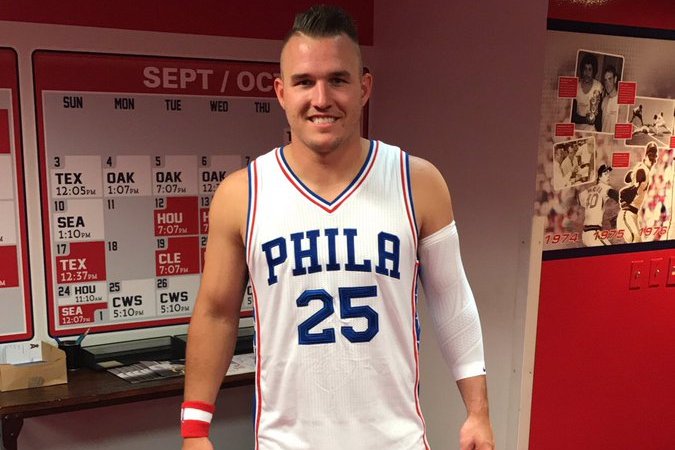 Now, before I get to “the trade,” there are a few things our Phillies still need to do:

Okay so where does this blueprint leave us?  With each of these steps, comes the opportunity to free up a position player to offer in the trade package to the Angels.  What we do know about the Angels are four main things: They are in desperate need of a Catcher. They feature some aging veterans at key infield positions, which they are going to NEED to upgrade.  Their bullpen is a clusterf*k of promising ‘maybes’. And lastly, Arte Moreno is the most impatient owners in baseball.

This leads me to my trade proposal:

The Phillies would be giving up 4 of their top 10 prospects, along with an MLB experienced catcher in Alfaro, an MLB experienced third baseman in Franco and an MLB experienced, former All Star in Odubel Herrera.  Each of these guys are young with plenty of baseball ahead of them. The addition of Machado would free the Phillies up to make Bohm available in the trade. Re-signing Ramos allows the team to offer up Alfaro, with Catcher being an immediate need for the Angels.  Receiving Trout in the deal also allows the team to offer back Odubel Herrera (a guy I already can’t stand – but everyone loves…) Medina and Suarez are two guys who could easily find themselves in an MLB rotation in short order (Ranger having been given a shot last season).  Moniak – one time considered the Phillies #1 prospect – JUST turned 20 this year and has plenty of time to become a stud. And Cozens immediately steps in as DH with Ohtani slowly coming back from Tommy John. In return, the Phillies get their hometown guy in Trout, and we see the second coming of BedRock with Cam Bedrosian coming in – who I feel could easily become our closer.  This helps the Angels solidify Kenyan Middleton as their go-to in the 9th.

I realize everyone will rebuttal that we’d HAVE to give up Sixto Sanchez.  But I just don’t think that is the case. I think, when on the table, Moreno would have a hard time passing up on three MLB ready & experienced, YOUNG players who would immediately start.  Cozens could even slot in as the DH while Ohtani slowly comes back from Tommy John. Not to mention 4 of the top 10 prospects from the Phillies farm system. While 8 players seems like a lot, the ONLY one of these guys who really contributed for us last season is Odubel.  You can argue a ½ point for both Maikel and Alfaro if you’d like – so 2 total players were contributors. Our 11 outfielders goes down to 9 (8 + 1 with addition of Trout). And while I am high on Medina, we still have Sixto, Jojo and Irvin doing their thing in the minors.

I think this move would really help both teams out – Phillies get their guy, and the Angels get younger, something that is MUCH needed across their organization.  AND they can go throw all their newly found money at the Diva himself: Bryce Harper.

Not as crazy as you think anymore, huh.

Let me know your thoughts!