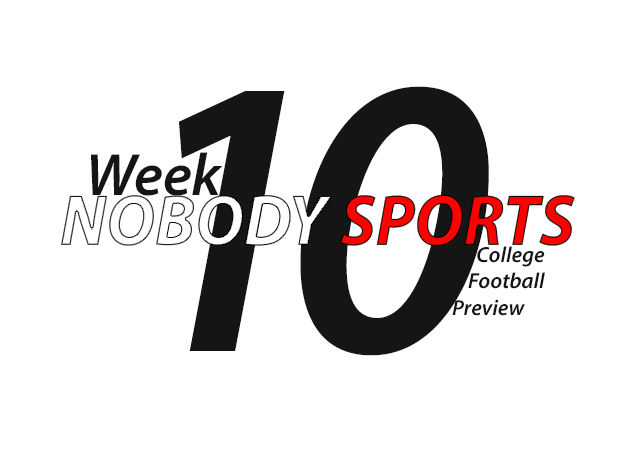 Sup Guys! I’m back for a consecutive week. Granted it’s nearly 2:30 in the morning, so I’m a little exhausted. But I’m here. I’m doing this for you, my loyal readers. All three of you! We’re in that lovely portion of the season where MACtion takes over and games are played on Tuesday’s during the week. Basically, you should just watch those games and bet on them because nothing says degenerate gambler like betting on Bowling Green at Kent State on a Tuesday night. Anywho, if you’re here, you know the drill. Here are the games you should be watching on Saturday. It’s time for the week 10 college football preview.

Penn State needs to come out swingin’ in this game. After blowing a 15-point fourth quarter lead to Ohio State a week ago, Penn State is on their last legs in terms of a college football playoff berth. Apparently, Jason Cabinda, Trace McSorley and Saquon Barkley had a team meeting. We’ll see if this meeting will spark a fire in the Nittany Lions the rest of the way. On the other side of the ball, Michigan State now sees themselves tied with Penn State in the Big Ten East entering Saturday’s game. The Spartans will rely on their defense to keep this game close, but expect Barkley and company to take over this game after a tough battle.

The Badgers are going to head into every game the rest of the way with something to prove. The selection committee felt that Wisconsin’s undefeated record earned them the 9th spot in the initial College Football rankings. This team needs to overcome their weak schedule by putting up the numbers they need to against less than stellar teams. This game has all the makings of a trap game as the Badgers head into the final stretch, starting with Iowa next week. The home stretch for the Badgers begins on Saturday, and the rest of the drive needs to be absolutely perfect if the Badgers want to make their first appearance in the college football playoff.

Hear me out on this. This game is going to be good. This game is a perfect example of why college football is the best kind of football. Both of these defenses are abysmal. This could very well set up for a slugfest. Or it could literally be a shitball of a game. Either way, it’s not like you can watch this one on TV.

Flashback to when Iowa nearly pulled the upset of the season and almost toppled the Penn State Nittany Lions in Iowa City. Iowa is a really good football team. Ohio State is also a really good football team, as was evident last week when they defeated Penn State. Two good Big Ten teams will remind the country why the Big Ten is a premier college football conference. Expect Iowa to keep this one close. But not close enough.

These two offenses are destined for fireworks on Saturday night. SMU will be out to surprise the world and topple the kings of the American Athletic Conference. UCF and their number one scoring offense will look to continue to put up video game numbers as they have all season. SMU isn’t a slouch on offense either. Fireworks people. Fireworks.

Not only is this game going to be supremely important for the two teams included, but Iowa State is going to be sitting in front of the television for this one. Expect Oklahoma’s offense to outpace the Cowboys on Saturday.

Well as you can see, I started to tail off there at the end. I’m going to get a good night of sleep because tomorrow is going to be a great day of college football. Have a good Saturday everyone. Hope you’re as excited as I am.