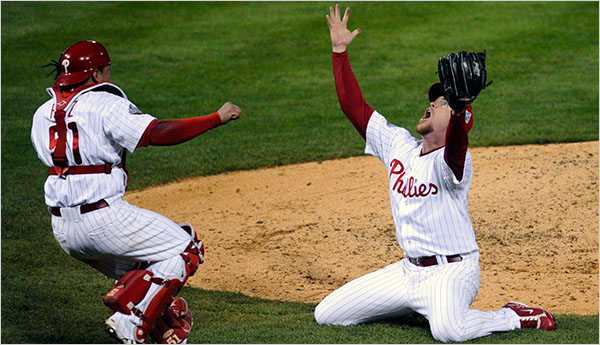 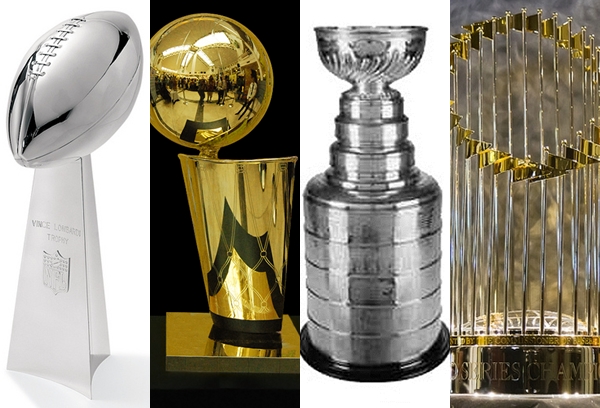 This debate comes up between the three of us all the time: Who will be the next Philly sports team to win a title? After years of watching every team struggle, the worst is now behind us for each of the teams… okay hopefully for the Phillies too. Each team has young prospects and is building through the draft. That is the way to do it. You can’t buy a title, (unless your owner is a Steinbrenner then you have a slight chance with that approach). You absolutely need to draft well and keep the good guys in your building. It’s crazy to think that the last team in this city to win a playoff games/series is the 76ers in 2012. 2012!!! That’s five years since this city has enjoyed a playoff win!! Since then, we’ve seen the 76ers go through the biggest tank job in the history of sports and the Eagles hire a supposed genius, who looked good in the beginning, then was a complete failure. The Flyers still haven’t found their goalie, and the Phillies are in the midst of the worst years in franchise history. It hasn’t been pleasant to say the least. As all four teams have gone through a rebuild, they are all now on the upswing, so it’s time for that debate to begin.

Who will win a championship next?

This was the hardest decision I had to make. It was really between the Sixers and Eagles as who would be the most likely to win a title next. I chose the Sixers because I believe their path to the championship is easier. This is assuming health of course. There really isn’t a team I’d rather be than the Sixers for the foreseeable future. Lebron is most likely going to leave, again, after this year, so the Cavs will be back to bottom dwellers. The Celtics have a decision to make on Isaiah Thomas, and Al Horford is awful, so they are stuck with him.  However, they have some young talent and plenty of assets. The Celtics should continue to be good. The Bucks have the Greek Freak, a decent #2 in Middleton, ROY Malcolm Brogdon, and underappreciated Greg Monroe.  But without a healthy Jabari Parker, they don’t really worry me. The Wizards have Wall and Beal, but for how much longer? The Raptors have Lowry and Derozan, but Lowry is already 31 (and just signed an insane contract that basically means what you see with the Raptors is what you’ll get for the next 3 seasons). Assuming the Sixers stay healthy, and the kids perform like everyone says they should, there is no reason the Sixers can’t be in the title game in two to three years. Beating the West team could be challenging once they get there, but they could even attract top free agents if they continue this path, which would greatly help.

By this time next year, they could easily supplant the Sixers as the team most likely to win. If Carson Wentz develops into the Quarterback that everyone thinks and hopes he will, then they will be right on the cusp of winning. There isn’t a more important position in all of sports then the QB. If you don’t have one, then you aren’t winning (okay, with the exception of Trent Dilfer and Brad Johnson, because of their all-time defenses). Now that Wentz has legitimate receivers to throw to (currently having bro-mance time bonding in North Dakota!!), he should improve. The team has some question marks on defense, specifically corner, and I still have my concerns with Doug Pederson and Howie Roseman as well. The NFL is just a hard league to win. It’s the league where building through the draft is the most important (unless you are the patriots, then you just need an in-house copy of the other 31 playbooks). The draft is where the Eagles have struggled the most since Andy Reid left. The last two drafts have looked good thus far, so maybe they have turned a corner in that aspect. But, again, this all falls on Wentz’s shoulders. If he fails, then they have to start from scratch again. Pederson will be fired, Roseman will be fired, and the Eagles will be calling for Bobby Hoying to return (since his disastrous play led us to the drafting of McNabb, so maybe luck could strike again?). Philadelphia is still a football town, and I’m an Eagles fan over any other team.  It’s the team everyone wants to see win.  The city would go absolutely insane if it ever happens.

The team that has been the most consistent has been the Flyers: They are always in playoff contention. All that “success” has led to exactly 0 Stanley Cups (since 1975) however. Under Ed Snider, it was always a ‘win now’ mentality. As a fan you like that because you know the owner wants to win. The downside to that approach has been sacrificing draft picks, so you aren’t developing any guys. In the last couple of years under GM Ron Hextall, the team’s philosophy has changed. Instead of trading away draft picks, he kept them and acquired more, so that we can get the young talent. It also helps to get a little lucky in the lottery, with the team recently getting the number 2 overall pick. The new approach has seemed to pay off, as a lot of young guys will be on the team this year. In watching the playoffs this past year, you realize how much the Flyers need to improve. I have questions regarding head coach Dave Hakstol as well. He is on the hot seat. They need to find scoring and a goalie. Behind a QB, a goalie is probably the next most important position in all of sports, and the Flyers haven’t had one since Ron Hextall. The Flyers have some talented, highly regarded goalie prospects, but they are still a few years away. They are infusing the team with young guys this year, especially on defense, but with Giroux seemingly on the downside of his career (and under contract for 5 more years), and Voracek and Simmonds about to turn 30, they need the young guys to step up now so these guys can make a run. Don’t forget, the Metropolitan Division is already tough as is. The Flyers should stay competitive, and I could see them making the playoffs this year.  Once you get in, anything can happen.

The Phillies have the worst record in all of baseball. And boy, are they brutal to watch. You look at their roster, and I don’t know who they have as a building block for future years. With that being said, I don’t think they are as far off as their record would suggest. Baseball rebuilds take the longest because it usually takes a couple of years before draft picks reach the highest level. The Phillies have been in a rebuild for a couple years now and they were supposed to slowly get better. That is the main reason why this season has been such a disappointment, because it seems they have gotten worse. While their major league roster is dreadful, they do have one of the best farm systems in all of baseball and a lot of guys are right on the cusp of the majors. Many people (myself included) want them to start bringing the kids up now. The Iron Pigs have a team loaded with prospects. If they turn out to be as good as everyone hopes they will, then it could really speed this thing along. However, it will probably be a few years before they even make the playoffs. And since the other three teams could (and probably should) make the playoffs this coming year, the Phillies automatically are last. I think we are in for some long summers.  Joe has been chomping at the bit to give everyone his two cents as to how to fix the team (stay tuned).

I believe the dark days of Philly sports are behind us (it can’t get any worse). The Sixers have their core and the tanking is over (we hope…). The Eagles have their franchise QB. The Flyers have young talent making the roster this year and a change of philosophy. The Phillies took a step back this year, but have highly regarded prospects ready to come up to the majors soon. I live and die by my sports teams, so anything would be better than the last five years.

5 thoughts on “Which Philly Team will win a championship next?”