It’s NBA PLAYOFFS time!!!!!  Figured it wouldn’t hurt to do a little breakdown of how I see the first round playing out.  Enough talking, let’s get right to it: 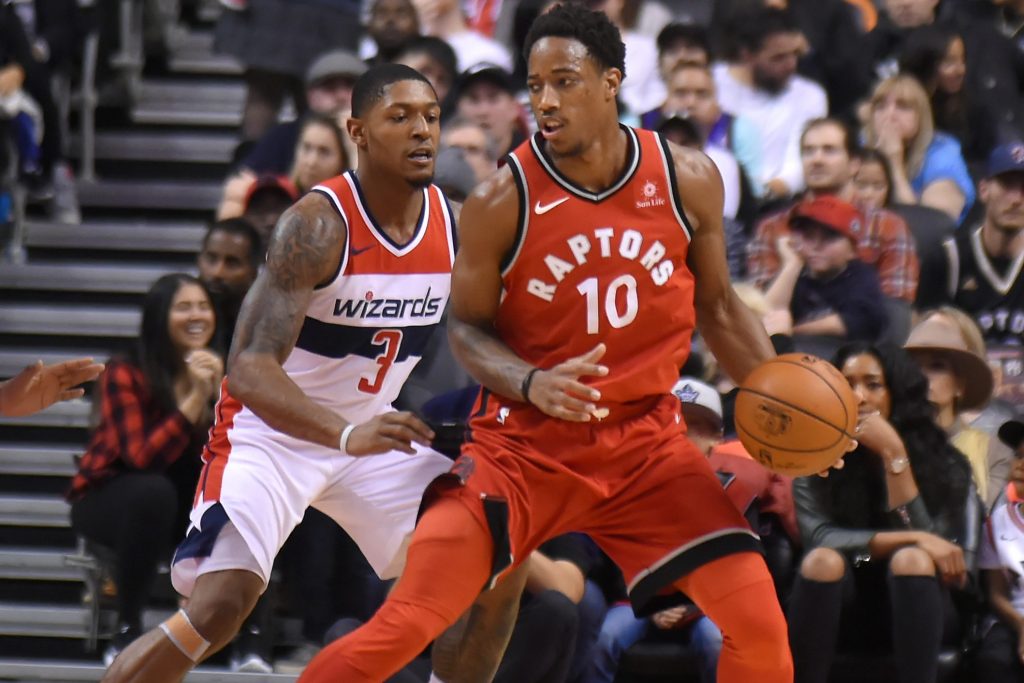 The Wizards should be a better team than being the final team to make the playoffs. They have two all-star guards in the backcourt to match the Raptors two all-star guards. This series could get interesting because of that reason, and the fact that the Raptors have been notorious chokers in the playoffs. This Raptors team is different and better then the last couple teams they have had. They are arguably the deepest and healthiest team in the East heading into the playoffs.

– This is a tough series to gauge. The Celtics limped into the playoffs because of injuries. All Star Kyrie Irving will miss the series, as will backup guard Marcus Smart. If Irving were playing the Celtics would win this series pretty easily. Without him, they struggle to score, and although they have a good coach and play very good defense, the whole not scoring thing will be problematic. The best player in this series is Giannis Antetokounmpo. He has had an unbelievable year, and he will have to prove that if they want to win this series. The Bucks have just been inconsistent. They should have been better than they were this year. Defense has really been their downfall (they don’t play much of it). But, with all the injuries to Boston, it is ideal for them to pull off the upset. 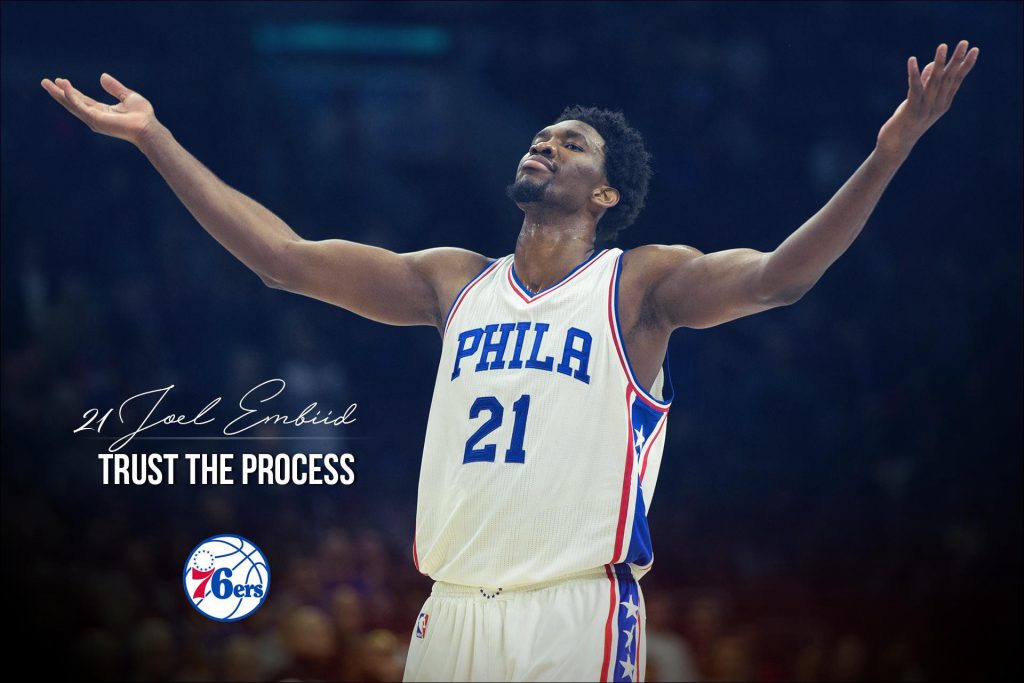 – What a year it was for the 76ers. They won 52 games. 52! I definitely thought they would make the playoffs, but I did not see 52 wins and the third seed. They exceeded mine, and I think a lot of people’s expectations. The additions at the deadline of Marco Belinelli and Ersan Ilyasova have been huge. It makes them much deeper and adds two shooters. They also got back #1 overall pick Markelle Fultz, and he has been a welcome addition to the second unit, with his play making ability. Rookie of the Year Ben Simmons has been fantastic and he seems determined to be great and not let this team settle for an early exit. The injury to All Star Joel “The Process” Embiid, is obviously the biggest factor for how far this team can go. Even though the Sixers have won 16 straight games heading into the playoffs, they need the big man back from his orbital fracture. With him, this team has a legitimate shot to make the Eastern Conference Finals and possibly NBA Finals. I can’t see them doing that without him. He said recently he probably won’t play in Game 1, and from what I’ve read, people within the organization are targeting Game 3 in Miami as his return. Miami doesn’t have any superstars, but they have a bunch of role players and shooters, and a good coach leading the way. If Dwayne Wade turns back the clock, and takes off games, then this could get interesting. The Heat will play hard and most games will be close. How will the young Sixers handle the playoffs? We will see. 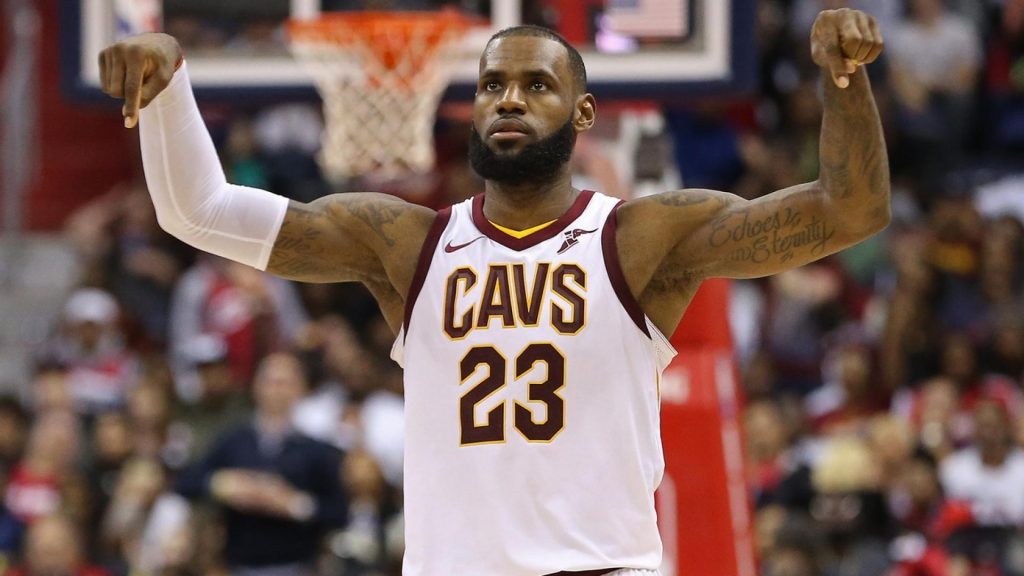 The Cavaliers still have Lebron James, and he is still the best player in the league. He hasn’t shown any signs of slowing down. However, this is arguably the worst supporting cast he has had still his first finals run in 2007. Is this the year another team in the East dethrones Lebron? It could be. If I had to pick a team to win the East, it would still be these Cavaliers because of him. The Pacers have had a very surprising year, led by All Star Victor Oladipo, who is most likely going to win Most Improved Player. They are a middle of the road team in most major categories and I just can’t see the Cavaliers losing to this team. Lebron is also 20-0 in first round games the last five years. 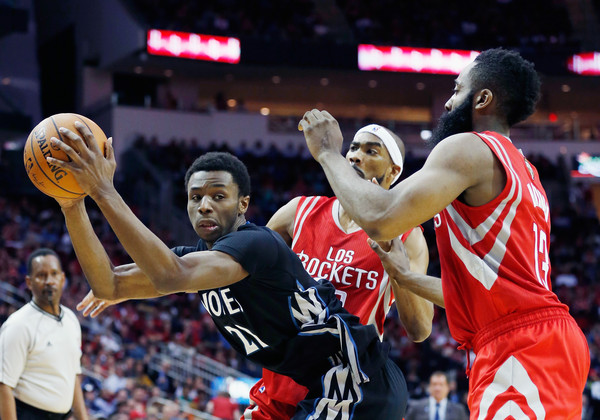 The Rockets finished with the best record in the NBA at 65-17. They are the best team that can finally challenge the Warriors in the West. They have mailed it in the last couple weeks of the season by giving some veterans a rest for the playoffs. They are led by likely MVP James Harden, and there is no way they lose to the Timberwolves in the first round. Minnesota finally ended the longest playoff drought in the NBA (14 years). They hadn’t made the playoffs since Kevin Garnett was there. They have the young talent, but they haven’t really taken off like some people thought they would. They did lose All Star Jimmy Butler for a long stretch, but recently got him back. He makes them better, and they could steal a game from Houston, but that’s about as far I can see it going. 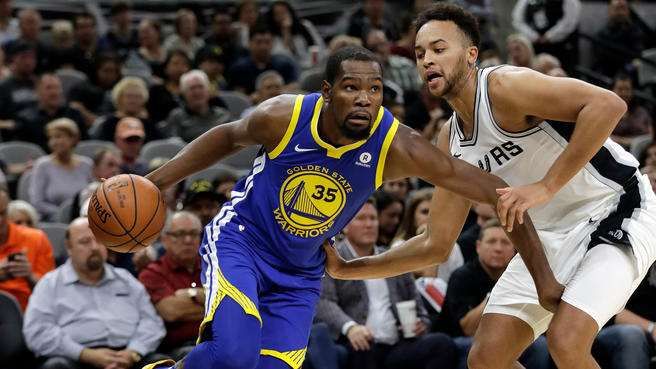 What an intriguing matchup this is. The Warriors have made the finals 3 straight years, but this year they have to deal with Steph Curry not being there. Head Coach Steve Kerr recently said there was no way he plays in the first round, and that he still hasn’t began to practice with the team. Can they win without him? They are 7-10 without him on the year and struggled down the stretch, although some of that could be to just make sure they are as fresh as they can be heading into the playoffs. They still have Kevin Durant, Draymond Green, and Klay Thompson on the team however. The Spurs are as dangerous as a first round opponent can be. It’s the Spurs after all. Playing without Kawhi Leonard basically all year, they still got into the playoffs for the 20th consecutive season. All Star PF LaMarcus Aldridge has had a fantastic bounce back year, and they still have Greg Popovich as the head coach. If somehow Leonard returns from his mysterious quad injury and surprises everyone and plays, the Spurs could win this series without Curry playing. It doesn’t seem likely he will play though. I think the Warriors still have enough to survive this round without Curry though it will not be easy.

– These two teams exceeded expectations this year. I don’t think anyone saw Portland being the 3 seed in the west. Damian Lillard is an MVP candidate and had a fantastic year. They finally started playing some defense this season, and with him leading their offense they have the potential to be dangerous. The Pelicans have an MVP candidate of their own in Anthony Davis. He basically dragged this team into the playoffs with his play after losing All Star Demarcus Cousins to a torn Achilles. Their point guard Jrue Holiday has had a career year for them and he did help shoulder some of the load when they lost Cousins. This series could go either way. I see this going the distance as a drag em out dogfight. The winner of this series could play a potentially shorthanded Warriors or Spurs, so plenty of motivation to win. 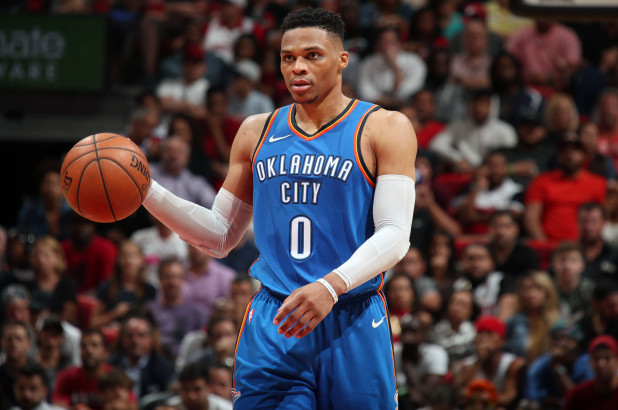 These teams finished with the same record, but the Thunder held the tiebreaker to get home court advantage. The Thunder has the two best players in this series in last year’s MVP Russell Westbrook, who averaged a triple double again, and Paul George. However, they don’t have a lot of depth outside their starting five. Losing Andre Roberson and his defense has hurt the team on that end of the court. The Jazz have to be one of the biggest surprises of the whole season. Head Coach Quin Snyder has done a fantastic job. After losing All Star Gordon Hayward in free agency nobody thought they would even make the playoffs, but here they are. Donovan Mitchell (who is having a great season, and appears to be a great find in the draft, isn’t the rookie of the year) is leading this team in scoring and has really been the missing piece to replace Hayward. Center Rudy Gobert, who will probably win Defensive Player of the Year, is also another huge piece to their team. His rim protection is second to none. The Jazz are deeper, and have more role player type guys, whereas the Thunder has the better top end talent. I think the All Stars of the Thunder will prove to be the difference in the series.